Michael Spence, the Vice Chancellor of the University of Sydney, recently reminded students that the University is committed to a campus where “even the most contentious topics can be debated in a way that shows tolerance and respect”. Dr. Spence was not referring to some of the great intellectual debates of the day, like euthanasia, data retention, and the role of social welfare; he was referring to the Israel-Palestine divide and the legitimacy of protest against apartheid and occupation. The suggestion was implicit: Palestinians and their supporters must be neutered in their response to Israeli war crimes.

On March 11, students at the University held a peaceful protest at a public talk given by Richard Kemp, a former British army officer. Kemp, a keynote speaker of the United Israel Appeal, is an outspoken defender of Israel’s military record and has frequently asserted, as he did in a 2009 submission to the UNHCR, that “the Israeli Defense Forces did more to safeguard the rights of civilians in the combat zones than any other army in the history of warfare.”

Kemp’s talk was thinly veiled propaganda that attempted to justify war crimes committed by Israel in the Gaza Strip last year, which claimed the lives of over 1,500 civilians, including 539 children. Human rights organisations, including those within Israel, have been unanimous: Israel committed war crimes and violations of international humanitarian law.

There is no debate to be had; this cannot be justified. This is not an issue of controversy, nor one of difference of opinion. This is a matter of genocide.

Genocide, because it meets the legal criteria laid out in the Convention on the Prevention and Punishment of the Crime of Genocide. Genocide, because a high-ranking Israeli lawmaker has called for Palestinian mothers to be killed before they give birth to “little snakes”. Genocide, because the Times of Israel can publish a piece (now retracted) entitled “When Genocide is Permissible” without thinking twice.

Freedom of expression is widely regarded to have limits; people are not free to defend the Holocaust, the Atlantic slave trade, or apartheid in South Africa. So why should they be free to defend the actions of the Israeli military when it has resulted in hundreds of civilian deaths and has left nearly 400,000 children in need of immediate psychosocial support? Is there something to defend? Is this the sort of thing we should welcome on campus?

It is clear that the University doesn’t even believe itself. In 2013, when the University attempted to shut down a talk by the Dalai Lama, we heard nothing about “tolerance and respect”. And last year, when Brother Uthman Badar was banned from speaking at a Q&A event at Islamic Awareness Week, we saw no insistence on welcoming “contentious topics”. The University, it seems, is happy to advocate for free and full expression of freedom, except when the Daily Telegraph is involved.

Students for Justice in Palestine and Sydney Staff for BDS must now face an almost McCarthyite investigation into anti-Semitism. It is allegedly anti-Semitic to protest against the crimes of the Israeli state. One University professor, Suzanne Rutland, insisted: “’Free Palestine’ […] means genocide against Israel’s Jewish population.” It is absurd that the same people demanding freedom of expression for the defence of war crimes are using the charge of anti-Semitism in an attempt to restrict our freedom of expression to say that Palestine should be free from occupation.

Most prominently, Associate Professor Jake Lynch, the Director of the Centre for Peace and Conflict Studies, has been accused of waving money in the face of Jewish students. Although the evidence indicates otherwise, Professor Lynch is in real danger of having his employment terminated because of his principled support for the Palestinian people.

Alarmingly, although the Vice Chancellor saw fit to send out an all-student email that seemed to legitimise these baseless accusations well in advance of any conclusion of a formal investigation, he has been completely silent on the topic of Islamophobia on campus. When Honi Soit last year reported that a Muslim woman on campus was told to take off her hijab and “hang [herself] with it”, the Vice Chancellor neglected to urge tolerance and combat anti-Muslim sentiment.

There is a power dynamic at work. Palestinian solidarity groups are not as large or well-resourced as Zionist organisations, nor can we call upon the conservative press to promote our viewpoint. The University, it appears, is more fearful of Zionist backlash than it is of peaceful, humanitarian opposition. Nonetheless, a resounding fact remains: truth and the course of justice are on our side. 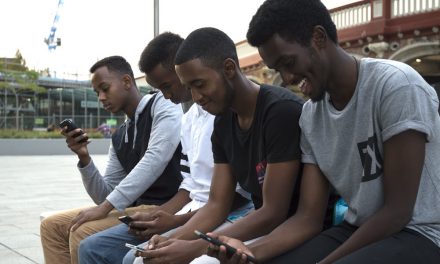