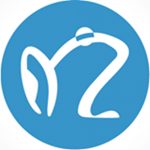 52JUMAA is a world-first initiative to guide young people towards a positive view of themselves and their place in the community.

The app is designed to engage tech-savvy young Muslims in the “searching” phase of their identity development, empowering users to develop positive world-views, actively fostering individual and community resilience to myths of violent extremism.

After the free download, users create a profile, selecting their own goals for personal and spiritual growth. 52 JUMAA presents them with weekly, multi-level challenges on Friday, the day of prayers. Users are sent a daily affirmation and can connect with each other through the app to share challenges, compete for points and support one another in their personal development. The app has its own social media function, with links to social media platforms such as Facebook and Twitter. Spearheaded by international counter-terrorism expert Associate Professor Anne Aly, the group is representing Australia in a first-of-its-kind global competition, supported by the U.S. Department of State.

“Countering violent extremism is not about tit-for-tat, it’s about engaging the target audience in various ways that are equally attractive and offer viable alternative narratives,” said Dr Aly.

“This initiative will work as it engages young people in the solutions and innovations toward combating global violent extremism, “said Dr Aly.

According to Ahmad Ali, an 18-year-old student on the team, 52JUMAA can help guide young, vulnerable Muslims towards a more positive view of themselves and their place in the community.

“Nowadays everything is so immediate and we don’t know if kids are getting the right knowledge but 52 JUMAA runs over a year so at the end of their journey we hope users feel more empowered.” said Mr Ali.

The challenge sees 23 universities from the US, Canada, the Middle East, North Africa and Europe compete to create a product, initiative or idea to challenge violent extremism.

The submission was due on the 27 April. If the team is ranked first of the 10 international universities, they will be flown to Washington DC to present the initiative to the U.S. Department of State, where White House officials are planning to attend.

For more information on the application please go to the link below for a preview of how the app will run.

Bayley Howe is the media liaison for the project. Originally from UK, She is studying at Curtin University, Perth for a Double Degree in Journalism and Public Relations.