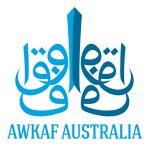 The Asia Pacific Awqaf (Islamic Endowment) Congress will be held in Sydney from 15 to 17 April 2015 attended by delegates from overseas as well as other states in Australia.

The Congress is being organized and hosted by Awqaf Australia and the University of Sydney Law School.

A two day Asia Pacific Awqaf Development Training Symposium will be held from Wednesday 15 to 16 April at the Law School, The university of Sydney while a Community Day event will be held at the LMA Building, Wangee Rd, Lakemba in collaboration with Lebanese Muslim Association.

A number of universities, awqaf agencies and health institutions from the Asia Pacific region will be sending delegates to the Congress.

For further information and registration for the congress visit: http://apawqaf.eventbrite.com.au; Email: awqafcongress@gmail.com