As a young air force cadet in the 1950s I stood at the war memorial in Burnie Tasmania with rifle reversed mourning the Australians who died in conflicts overseas. I still mourn those killed in wars every ANZAC Day. At the war memorial, I wondered about the parents and brothers and sisters of those names on the memorial. I knew about Simpson and his horse and the stories of mateship and courage, but I was not aware of that the First World War had, in fact, deeply divided Australia and that the deaths at Gallipoli had galvanised a huge democratic rejection of conscription in which women played a leading role. Simpson and his horse

It seems that the events at Gallipoli – in spite of the even greater loss of life on the western front — is the event that Australia looks to for its national moment. It says something that Simpson and his donkey has come to be seen as the embodiment of the ANZAC spirit of selflessness, larrikinism, determination, mateship, humanism, courage, and improvisation. Interestingly he camped with the 21st Kohat Indian Mountain Artillery Battery and given the nickname Simpson “Bahadur” – the “bravest of the brave”. For almost 24 days Simpson operated through the impossible conditions and was credited with saving the lives of almost 300 wounded soldiers.

At some point there was discussion of making ANZAC Day a day to strive for peace but it was rejected. Armistice Day in the US became Veterans Day and a justification for the military machine. Should ANZAC Day be dominated by politicians and their speeches or would it be better to use it to reflect on the pain of men, women and children who have suffered as a result of wars and conflicts? Is it right for the dead of the battlefields of Gallipoli to be used by politicians to justify more military expenditure and more wars especially in areas where it is not in Australia’s national interests? There was no compelling national interest for Australia to intervene in Vietnam, in Afghanistan or Iraq other than going along with America’s war machine which is also not acting in the best national interests of America. The landing on Gallipoli was an invasion of foreign soil like the British invasion of Aboriginal land in 1788, says John Lack of the University of Melbourne. “And we should put the two coves together — Sydney Cove and Anzac Cove — because both invasions were just as bad as each other and cost a lot of lives.’’ Where is the memorial to all the indigenous people killed in the colonisation of Australia?

Perhaps in the run-up to the 125th anniversary we should start to ask: Should Australians put the 1915 Gallipoli landing at the heart of the Australian story? Many politicians like Billy Hughes, Bob Hawke, Kim Beazley, John Howard, Kevin Rudd and Tony Abbott have although Paul Keating did not. This badly-managed imperial adventure resulted France and Britain dividing up the Middle East into new colonies over which they installed puppet rulers after signing oil deals. The carving up of the Ottoman Empire’s Middle Eastern provinces is the main source of the instability in that region to this very day. Sadly Australia, Britain and the US are making the same mistakes that were made 100 years ago.

But are not Australia’s achievements more substantial than courage and mateship on the shores of Gallipoli? It might be more important for us on ANZAC Day to remember that our democratic freedoms — freedom of the press, freedom of assembly, and freedom of speech— were won in battles fought on home soil by courageous women and men who sacrificed much, but are still accorded little recognition. In the first decade of Federation, Australia established parliamentary democracy to serve a federation forged without the war and death that marked nationhood elsewhere. Australia established women’s’ suffrage; legislated working conditions and minimum wages; built flourishing cities; developed a rapidly growing economy, and legislated a social security safety net. But there were discriminatory laws also like the white Australia policy and the mistreatment of the aborigines and the discrimination against the Afghans and the Chinese who had opened up Australia. The freedoms and achievements of Australia are for ever under threat and need to be defended as they are under attach and have been weakened by the neo-conservative agenda, the security state and the Murdoch press.

On ANZAC Day let us also remember those who went to prison for opposing the war and the veterans who returned and spoke out against war. Women were a powerful force. For example on August 11, 1914, veteran political campaigner Vida Goldstein as she had done 20 years earlier in mobilising forces around the issue of female suffrage, rallied her own army of foot soldiers with fighting words. “The time has come for women to show that they, as givers of life, refuse to give their sons as material for slaughter.” She suffered imprisonment for her efforts. The courageous premier of Queensland T J Ryan, spoke out against military censorship imposed by Billy Hughes on the issue of conscription. I would like to close with the words on the City of Canning war memorial.

For those of us spared the terrors of war, to be worthy of our dead, is to remember them. It is to remember that they died, the men and women of this community, in their thousands, in faraway lands, interred in the ground upon which they perished.

It is to remember that many who returned were also harmed, so that they and their families continued to suffer. When we wish for peace it is to remember that the lasting meaning of their suffering – their warning to those who follow – remains unheeded so long as there is war.

For while their service has ended – their battlefields covered over with meadow, field and forest, jungle and desert sand – let us make of their absence a powerful presence. May we forever hold them in our minds, and the loved ones they left behind. 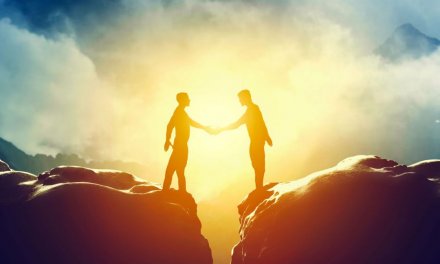