The only Muslims who think ISIS represents Islam, or even Muslims, are ISIS themselves. The world’s Muslim societies are remarkably diverse but whether Sunni or Shia, conservative or progressive, rich or poor, Arab or non-Arab or living as a majority or minority the great majority of Muslims agree on one thing: ISIS do not represent Islam. In its 14 centuries of history the Muslim world and in particular the Arab world has never generated or incubated the kind of violent extremism that we witness today

Using a discredited interpretation of the Holy Quran, ISIS and those like them have transformed the Qur’an into a manifesto for war and terrorism. Like many other violent apocalyptic groups, they tend to see them world in Manichean terms and themselves as participating in a cosmic war between good and evil, in which moral rules do not apply. Thus, they have begun a war between the believers and non-believers, Muslims and non-Muslims, the Shiites and the Sunnis, war among the Shiites, war among the Sunnis. Their God is a warrior who orders nothing but war, massacre and terrorism. They have forgotten that the word “cruelty” is mentioned seven contexts in the Noble Quran, and in each context it is despised.

The barbarity of ISIS has no place in any religion and its actions have nothing to do with Islam — it is more like the Khmer Rouge of Cambodia. Slaughter is its goal — slaughter in the name of higher purification. Brutality, mass executions and extreme violence is part of what makes ISIS so compelling to those who join it. ISIS is more like a mass death cult than a conventional authoritarian or totalitarian state. Most such cults attract few followers and pose limited threats; the danger is mostly to themselves. But there are examples in modern history of whole societies falling under the influence and control of a mechanism whose aim is to dictate every aspect of life after an image of absolute virtue, and in doing so to produce a mountain of corpses. This is what happened in Cambodia under Pol Pot’s Khmer Rouge. ISIS has joined a death cult to an army and a rudimentary state, presenting itself as the avant-garde of a mass movement with horrific consequences.

Violent extremism is not unique to any particular religion, region or culture and Cambodia provides an example of how a Buddhist country fell into the hands of a barbaric regime as a result of the Americans dropping the equivalent of five Hiroshimas on rural Cambodia during 1969-73. Terrified and half-crazy, the people were ready to believe what they were told. As John Pilger points out “that was what made it so easy for the Khmer Rouge to win the people over.” A Finnish Government Commission of Enquiry estimated that 600,000 Cambodians died in the ensuing civil war and described the bombing as the “first stage in a decade of genocide”. What Nixon and Kissinger began, Pol Pot completed.

According to Pilger, ISIS has a similar past and present. By most scholarly measures, Bush and Blair’s invasion of Iraq in 2003 led to the deaths of some 700,000 people – in a country that had no history of jihadism. The Kurds had done territorial and political deals; Sunni and Shia had class and sectarian differences, but they were at peace; intermarriage was common.

So while condemning ISIS and its brutality, it is important for Muslims and the world community to work together to find just and workable solutions to the problems in the Middle East. Just as these problems will not be solved by ISIS or its ilk nor will they be solved by western invasions, bombing and drones nor by oppressing Palestinians and denying them their rights nor by dictators and oppressive regimes that abuse human rights in the name of stability. 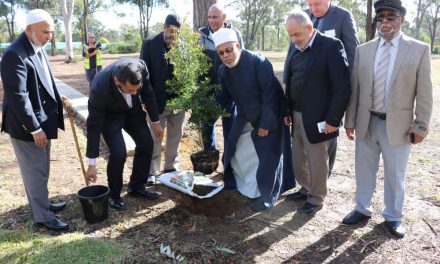