The eldest daughter of Anwar Ibrahim, Nurul Izzah Anwar MP said that the March2Freedom Campaign was not only about restoring her father’s personal liberty, but to seek justice for those who have been TARGETED by the authorities for criticising the government.

She was speaking at a fund-raising dinner organised by the March2Freedom campaign in Kajang, Selangor where her mother Wan Azizah is the state assemblywoman.

Izzah was referring to the crackdown on opposition politicians and government critics, especially in light of the Federal Court verdict in Anwar’s case which saw him sentenced to five years in prison for sodomising his former aide Saiful Bukhari Azlan.

The Inspector-General of Police Khalid Abu Bakar recently took to Twitter to issue warnings to the public against making comments about the verdict, a move which attracted the attention of the New York Times which published an article on February 11 entitled “Malaysian Police Use Twitter in a Crackdown on Dissent”.

Several other family members of Anwar ADDRESSED the crowd at the event.

Wan Azizah, Anwar’s wife, maintained that her husband was a victim of miscarriage of justice.

“They can imprison him but they cannot imprison his spirit. He is not guilty.”

Also present and ADDRESSING the crowd were daughters Nurul Ilham and Nurul Nuha.

Then 11 years old, Nurul Ilham recalled her sadness, when she witnessed Anwar’s arrest in 1998 and later when she saw him bearing the infamous “black-eye” inflicted while he was in police custody.

Undeterred by the police crackdown, a street demonstration led by PKR Youth’s #KitaLawan will take place on Saturday, 7 March to push for Anwar’s release from prison as well as to call for the resignation of prime minister Najib Razak.

The rally will be held in front of the Sogo shopping complex in Kuala Lumpur. 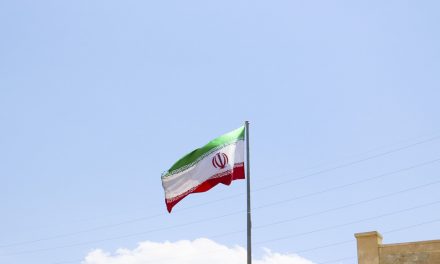