To me terrorism has no religion. Instead it should be said that it is the terrorism carried out by extremists who call themselves Islamists. 99.9 % of Muslims do not agree with their acts.

As Muslims, we should say that it is a minuscule percentage of Muslims who call themselves Islamic although they are engaged in blasphemous acts of far more gravity than what Charlie Hebdo did. If a person or a group engage in an act which is strictly forbidden in a religion, such as killing of innocent civilians, and does so under religious oath or banner, it is certainly the biggest insult to that religion.

It is an extremely serious challenge for both Muslims and non-Muslims to counter terrorism with all the available  resources. Let us not forget that majority of people killed by terrorists over past few years have been Muslim civilians, including women and children.  Muslim scholars must play a major role by openly coming out in challenging the terrorist leaders and forcing them to reject this dangerous and misguided ideology. While Muslims around the world continue to practice spiritual Islam to seek peace in their personal lives as per their ability, those who engage in political Islam need to seriously study their strategy to find solutions for peaceful coexistence with the wider world community.

Most of the people would agree that current terrorism would not exist without invasion of Muslim lands by major world  powers which killed millions of innocent people, made millions more totally disabled and looted their national resources over past  few decades. It has mainly happened when the right wing of politics ruled these countries.  What Shall we call these Western leaders who carried out these aggressions, very often under false pretexts such as WMD and under the banners of noble principles of democracy and human rights using respectful umbrella of United Nations. Let us check reports by various human right agencies to assess the gross violations of human rights, extending to war crimes, during these invasions. These Western leaders have been as strong violators of the great principles, these  nations were founded on as the terrorists violate the noble religion of Islam.

It is also true that although 99% of Muslims reject acts of terrorism but they do feel hurt by violence against Muslim nations by Western powers. It is not only Muslims, majority of non-Muslims reject Western invasion of Muslims and third world countries as well.

The terms “Radical Islam”, “Islamic Fundamentalists” etc given by the Western media to describe terrorist groups may be a deliberate attempt to degrade a noble religion. Let Muslims find the right terminology for terrorists such as misguided/fallacious/ill-advised Muslims etc.

The whole of Europe is chanting “I am Charlie”. I have been told from my childhood: do not hurt others sentiments, be respectful to others, do not insult others, do not abuse or bully others etc etc. That is what Charlie Hebdo did for many years. Can these millions of people belonging to so called civilized world rethink and see what message are they trying to convey?  Yes, I have also been told that if others do it to you, have patience and ignore them. There are hundreds of articles by Islamic scholars circulating over past few days stating even stronger similar teachings of the holy prophet. We, Muslims or non-Muslims, are being taught that even if you react, you cannot become violent.

Coming to Muslim solution to terrorism, it is obvious that as long as Muslims are weak, the powerful nations will continue to dominate them. This would anger many and a few would resort to extreme reactions. The only way to reverse this trend is to build Muslim nations in Knowledge and power through education and hard work. Once Muslim nations are powerful enough to talk to the world powers on equal terms, the powerful nations will have no choice but to negotiate with Muslims to live respecting each other in peace and harmony. Till Muslims are able to build themselves, they should only exercise the most important lessons of Quran i.e. Patience (Sabr)…. in adversity and wisdom . 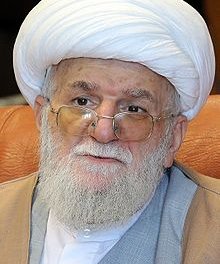