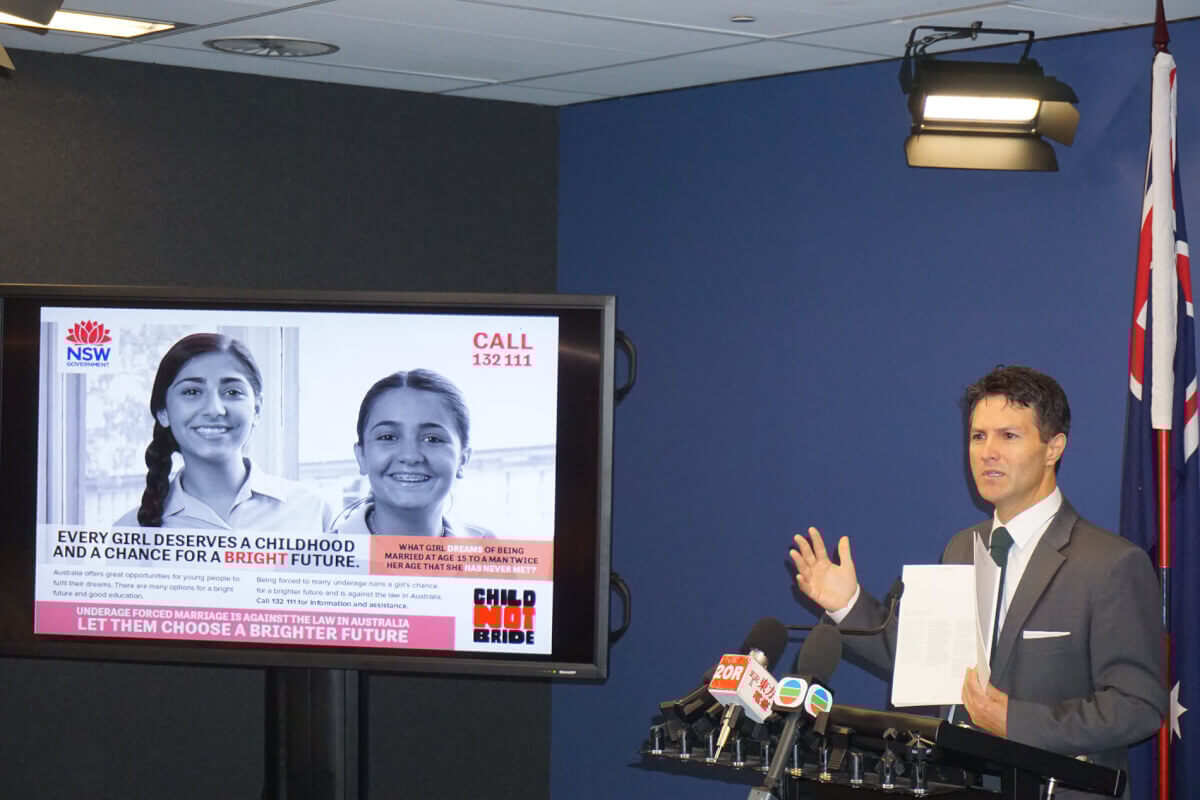 The NSW Government held a briefing on Monday 9 February in Sydney to inform Multicultural media representatives about a ‘child not bride’ campaign focusing on raising awareness about underage forced marriage.

The Minister for Women, Pru Goward and Minister for Citizenship and Communities. Victor Dominello addressed the issue of underage forced marriage and female genital mutilation amongst multicultural media representatives.

“The aim of today’s briefing was to bring together editors, producers and reporters to talk about the vital role they play in this campaign. We will not do this without you. Multicultural media plays a critical role in this awareness.” Ms Goward said.

The ‘child not bride’ campaign looks to multicultural media to spread awareness and educate parents and community leaders that underage forced marriage is illegal under NSW law and to promote the specialist 24-hour Child Protect Helpline.

The criminal offence for a child forced into marriage is 7 years and for female genital mutilation was between 7 to 21 years.

Ms Goward said that 24 calls to the helpline have been received so far, however none of which had led to police investigation. She said although there have been no prosecutions, there is a start in receiving responses.

“Every girl deserves a childhood and the chance for a bright future, including the right to choose who, when and if she wants to marry” said Ms Goward.

Mr Dominello said the campaign has been focus tested on young women and community leaders from multicultural communities and will be supported by fact sheets translated into five different languages.

The advertising campaign will run concurrently with a community engagement strategy and social media campaign called “Hopes and Dreams”.

Cultural Partners Strategic Marketing and Communication Director Paula Masselos from Cultural Partners told that they have developed three core components to change attitude and behaviour for the long term to achieve long lasting change. The components are to community outreach and discussion, the girls right to choose advocates, and a social media communication mechanism.

Forced Marriage Network Co-Convenor, Jennifer Burn spoke on how to address any gaps in support in legislation and to provide a platform to work together. This program is critical and embedded in the principles of the best practice of community engagement and was highly endorsed by her organisation.

At the end of the media briefing, Ms Goward confirmed that Forced Marriages and Female Genital Mutilation was a cultural practice and not part of any religious practices. She stated that there were misconceptions on these issues and expressed how important education and awareness is to spread to the community. 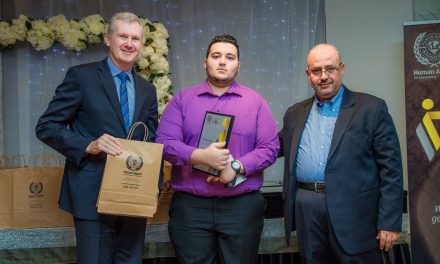