According to social intelligence theory, there is a strong correlation between how social a species is and the size of the brain (also known as social brain hypothesis). Robin Dunbar, a professor from the University of Oxford, found that as brain size increases, so does the number of friends a person may have, which led him to to the conclusion that the maximum number of friends you can have is 150. He looked back in history at tribal and village groups, military (fighting units) and business groups and found that number of each group was around 150. He said that in larger groups, people became unfamiliar with each other.

The reason Dunbar’s number is significant is because he claims that as the quantity of friends increase, the quality of the relationship decreases. The term friend is probably one of the most misused words in the English language, because the quality of these relationships are more complex than just one word. Think about it. Have you ever felt that some friendships were more impersonal and superficial and have you ever felt isolated from other people. Of course you have, because feelings of loneliness and isolation is a typical human trait we all go through at some point in our lives. “Man is lonely today, as he never was. You live in a crowded world; you are tied into an intricate network of social links and bonds; like a tiny atom, you are whirling around in the company of a multitude of others like you, acting and interacting with each other; yet, you are ‘lonely’. The ‘lonely’ man – a product of our age – is wandering in search of bonds which will not snap like dry twigs and leave him in the lurch.”

Back before when the internet was not a vast cyberworld where people communicated, a social network was used to describe friendships. It was an offline arrangement of groups of people who would meet through different social occasions. Since the start of chat forums, Myspace, Facebook, Youtube and Twitter, the term ‘social network’ began to be used to describe the framework in which users are able to communicate with one another. Essentially these websites were dubbed as ‘social networking sites’. Communicating over the internet has redefined a lot of offline terms when they are applied to the online space.

The term friend has the connotation that there is a significant connection between people that maintains a kind of relationship. In order to maintain this friendship, people have to care about each other and to be aware of what is going on in each other’s lives through direct conversation. Our biological programming gives us the belief that trust is based upon a sharing of personal information, including talking about family, thoughts, desires etc. Friendships are based upon the mutual knowledge of each other’s lives. However Facebook has managed to completely redefine the concept of online friendship, whereby being Facebook “friends” with someone just means that there is a consensual connection between two users. The connection does not need to be meaningful; it could even just be that both users are aware of each other’s basic existence. There is no sense of meaningful bond between users. Facebook provides ritualized ways of joining and opportunities for ritualized consumption of its content, but it also redefines the notion of friendship and provides a peculiar safety net for falling out of touch with friends. This concept of digital friendship is based upon the realisation that users personal information is being broadcast to everyone who has consented to knowing them.

It is not only friendship that is being redefined, it is the whole notion of privacy. Online technology looks at privacy as black or white, either users are public or they are private. Facebook’s aim is not for pre-existing friends to be connected, it is just to openly share personal information with anyone and everyone. Therefore totally altering the definition of friendship, making it extremely superficial. Having mutual friends with someone does not make you friends; Facebook encourages superficial friendship and excessive openness for their own personal gain.

Dunbar’s research found that there are other patterns to group sizes for human beings whereby most people have a select small group of close friends. There are various layers of friendship which increase in number but decrease in intimacy and frequency of contact.

Layer 0 – Very close friends (3-5 people) – those who you can turn to in crisis, ask for money, lean on for support and express your deepest confiding secrets.

Layer 1 – Close Friends (12-15 people) – Known as “The Sympathy Group” which you are in contact with once a month.

I have also actually written a friendship theory similar to this, agreeing that there are certain layers or circles of friendship. Society has made the word ‘acquaintance’ derogatory and that is why it seems offensive, but it truly describes the nature of a preliminary, somewhat superficial relationship. I believe that as people’s emotional states change, so can the layers of friendship – friends can go up or down the levels, with the understanding that throughout a dynamic friendship, people become closer or further apart from each other.

Pre-Acquaintance – Strangers or people who know just your name (10% of people).

In order to look at how to find a solution to the complex online/offline relationships we have with our friend, we have to look into ourselves and see how much love we have for others, how do we treat them and are we genuinely interested in being friends with them or just like the idea of stalking them online or hoping to use the friendship in the future. Know the difference between a friend and an acquaintance.

There are this very small group of people that have such incredible vast inner resources that they feel no need to form meaningful friendships and in fact, to have friends seems rather insignificant. I am certainly not that type of person. There is so much to gain from having a bond with another person, being able to share affection, warmth, support and experiences – it is extremely meaningful to have such pleasures of life. Ultimately, it is to have the blessing of love. Friendship is one of the greatest sources of sustenance and nourishment spiritually, morally, intellectually, socially and even physically. The friendships that we have are of such fundamental importance in determining our moral compass. Good friends are a source of help and comfort in this world, as well as to help you to be a good person.

I’ve often thought that the relationship between two friends is like that of a couple. Just as each person has a duty to one another that must be fulfilled, friends also have particular duties of what you say and how you feel towards the other person, touching on areas such as forgiveness, sincerity, loyalty, relief and considerateness. In reading the wise words from Imam Al-Ghazali, there are duties to fulfil a friendship and to be a good friend.

Always allow your friend to have rights over your property if needed. I was recently reminded of the situation that if your friend asks you for money, instead of asking how much, you give them your wallet and let them take out as much as they need. If you find that you don’t share the value of material assistance, then you’re not really friends. All you have is a superficial relationship without a formal connection that lacks depth, love, religion and care.

Providing your friend with priority and care without waiting to be asked is a mark of a good friend. Basically, your friend’s needs should be more important than your own. Don’t neglect them or what they may be going through, and they should be given assistance without having to ask.

There are times where you should sometimes be silent. Don’t mention your friend’s faults in their absence or presence. And most importantly, when your friend confides in you – keep it between you two. Overlooking the faults of your friends is a mark of a good person. However there are times when you should speak out. Friends need to be able to express affection for one another and to enquire about how they are. The Prophet (pbuh) said “If one of you loves his brother, let him know it!” I feel like in today’s age, we don’t express how important the friends in our lives are to us. And because of this, it is easy to forget why we are friends with them and what we love about them.

Forgiveness is one of the greatest qualities in a lasting friendship. Forgive your friend’s mistakes, errors in judgement and behaviour. Forgive them if they are occasionally inconsiderate or make a mistake. When you forgive, your heart will soften from any kind of resentment.

Sincere loyalty is what marks a distant superficial friend to a true lasting friend. Loyalty includes being considerate and maintaining trust and respect. It means not listening to gossip about your friend or talking about them behind their back.

Top Tweets #QandA on Trump and the upcoming election 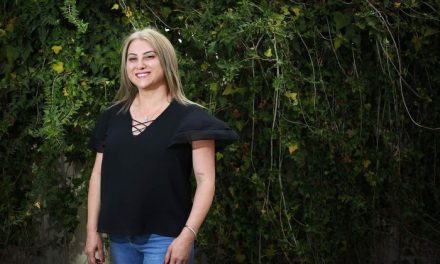 Muslims in the Mainstream: Rima Waizani on ABC Online