With State Bank of India (SBI), country’s largest public sector bank, set to launch Shariah Equity Fund next month, India will become the second country outside the Muslim world to have a government-run bank making a Shariah-compliant mutual fund offering. In June, the United Kingdom had issued sovereign Islamic bonds.

SBI is rolling out an Islamic financial instrument to tap the country’s estimated 170-million Muslim population. As Islam prohibits interest, a huge part of the community, it is said, is out of banking stream, particularly investment. This is clear before the SBI and that’s why it has listed items in which the Shariah Equity Fund will not invest.

“The sector based screening excludes the following sectors: Advertising & Media, Alcohol, Cloning, Financials, Gambling, Pork, Pornography, Tobacco,” reads a presentation from SBI Funds Management Private Limited. About Financials sector, the 28-page paper, however, clarifies that the SBI Shariah Equity Fund “will invest in money market instruments only if they are approved by the Shariah Board.”

The Securities and Exchange Board of India (SEBI), country’s banking regulator, has released a 60-page scheme information document about the SBI Shariah Equity Fund. Among others, SEBI defines the role of Shariah Board in the document paper.

“The scheme will be advised by a Shariah board. The functions of the Shariah board are as given below: Shariah structuring, Procurement of Fatwa, Shariah review of legal documents.”

“The fund manager will consult the Shariah board to ensure adherence to Shariah laws in the portfolio. The Shariah board shall be appointed by the AMC (Asset Management Companies) and further, the AMC may at its discretion replace/ change the Shariah advisory board as deemed fit,” explains SEBI.

According to consultants Ernst and Young, global Islamic banking assets, tapped by major international bankers from HSBC to Standard Chartered Bank, were estimated at $1.8 trillion (about Rs. 112 lakh crore) in 2013.

Another factor that might have pushed SBI to give a nod to Shariah-compliant mutual fund is the fact that Islamic banks were not affected by the 2008 global financial crisis.

“Islamic banks generally escaped the worst effects of the 2008 financial crisis because they were not exposed to subprime and toxic assets,” World Bank managing director Mahmoud Mohieldin said in a research note last month.

The Bombay Stock Exchange launched India’s first Shariah index — S&P BSE 500 Shariah — in May 2013. Over the past year, it has given a return of a robust 46%, greater than the 30-share BSE Sensex’s annualised return of 41%, says Hindustan Times.

The first indication that the government of India was considering about a Shariah-compliant mutual fund came as early as in January 2014 when then Minority Affairs Minister K Rahman Khan had asked the SBI to prepare a feasibility report about it. The Muslim community had welcomed the move.

“It is a welcome step towards introducing an alternate interest free finance in the banking sector of the country,” said H Abdur Raqeeb, General Secretary, Indian Centre for Islamic Finance (ICIF) while welcoming the move of the Government of India to float a Shariah-compliant mutual fund to attract investments from the Muslim community. 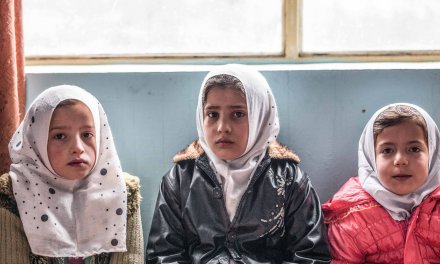