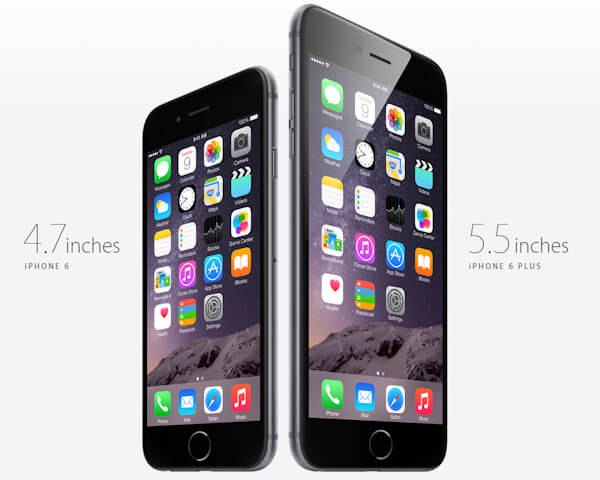 In 2010, the late Steve Jobs famously stated that “no one is ever going to buy a big phone”. He seemed adamant that the size of the iPhone’s screen was perfect, since it was the maximum width a screen could be and be comfortable to hold while typing one-handed. Steve Jobs wasn’t wrong about screen sizes: A iPhone 6 and 6 plus is just the ultimate culmination of his vision that the iPhone would become the most important computer in our lives.

Having owned the iPhone 6 plus for a month now, it has certainly impressed me and surpassed my expectations of what a great smartphone can do. Being a busy mother of two kids, the iPhone has certainly become my primary computer. From online banking, shopping, reading Quran etc, having a much larger screen has just made it easier and more accessible to do all these things. I will admit that having bought the very first iPhone in 2007, by importing it from the USA, I did become an iPhone fan as I witnessed how it started and revolutionised the concept of a smartphone. On light use the battery has lasted 48 hours which is brilliant coming from a iPhone 4S which gave up on me after half a day. I got a custom made wallet which can hold my cards and my iPhone by magnets from portenzo.com so despite the 6 plus being quite large I can easily carry it around. For people that need to put the phone in their pocket it might not be a good choice.

With the splendid Retina HD display with a resolution of 1920 X 1080, glam new design, thin profile, improved battery life, better camera, faster performance, touch ID and the prospect of Apple Pay, this is the biggest leap forward yet in the world of smartphones.

Despite steep competition from Android, the iPhone is still popular with 10 million iPhones being sold in the launch weekend. For hard-core Android fans, well, there are Android phones that cost less, have higher-resolution screens (and screens even larger than the 6 Plus), boast better battery life, have removable SD card storage, and even removable batteries. And the Android camp has an all-new operating system, too, with Android 5.0 Lollipop. You won’t find any of these on an iPhone 6; you can’t have everything in Apple-land. That said, the larger screens of the new iPhones combined with iOS 8’s bevy of familiar customisation features make the 6/6 Plus the most attractive iPhone generation yet, and the most tempting to Android owners in years.