Chris Hayes MP, Federal Member for Fowler, held Community Service Awards on 17 December at Canley Heights RSL and Sports Club in recognition of the contribution of some of the most hardworking and dedicated members of the Fairfield and Liverpool Communities.

More than 80 worthy recipients were nominated by a number of local organisations for their effort in helping the community in various capacities.

In his opening address, Mr Hayes used the opportunity to outline the importance of our community sticking together in light of the tragic incident that occurred in Sydney CBD the previous night.

“In this very difficult time it is more important than ever that we come together, support each other and acknowledge our shared values, among which are the belief in peace and unity.

“This is especially important in a multicultural area such as ours.

“Today we recognise some of the most outstanding members of our community who serve as an example to the rest of us with their selflessness and dedication to helping others”, Mr Hayes said.

Mrs Mehar Ahmad from the Australian MEFF Consortium, organisers of the Multicultural Eid Festival and Fair received the Community Services Award for her contribution towards peace and harmony in the community. 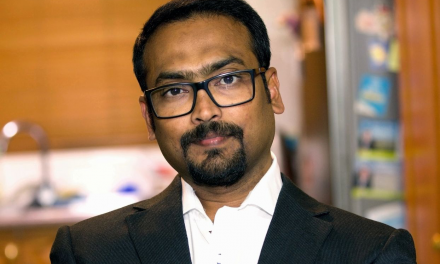