There are periods in history which can be seen as a watershed, a time after which things have changed forever. The First World War was one such watershed, we still live with its results. The election of the Whitlam government in 1972 was, for Australia, another watershed. After this things were different.

Before 1972 we lived in a closed country. “Reds under the bed” dominated political discourse, “God Save the Queen” was our national anthem, the legacy of Robert Menzies dominated the land. The White Australia Policy was still part of us and although it was being whittled away, it still hung like a dark cloud over immigration policy. That we had brought in lots of ‘blond, blue-eyed’ former SS soldiers from the lands of the Third Reich was not yet an issue. They were racially acceptable.

Universities were out of bounds for most families unless you could get a scholarship, for they were shockingly expensive and loans were not easy to obtain.

State schools were starved of funds and badly run down. The gap between middle and working class families in school achievement was a national scandal which was largely ignored by those who ran the country, sure in the arrogance that they had been ‘born to rule.’ Very similar to some of those we see on the front bench today. It was not unusual to hear arguments from some types of ‘educational experts’ that school achievement reflected natural abilities and that these just tended to be concentrated in the middle and upper classes. I clearly remember one ‘educational expert’ in the early 1970s advocating the breeding of ‘like with like’ to improve the intellectual level of the population. That was eugenics, the favourite policy of Adolf Hitler, but it did not raise the ire of those who heard him, apart from me.

The Liberal Party had taken Australia into the Vietnam War and introduced conscription for overseas service. This conscription was counter to long established policy and created great unrest. Over 500 young Australian lives were sacrificed to this Yellow Peril, Reds under the bed American enterprise. The Yellow Peril came up a lot at election time, with maps showing arrows pointing down towards Australia on the map from ‘yellow’ lands like China and Vietnam. They were coming to get us! The Democratic Labor Party did most of this scaremongering and many of its members may have even believed their propaganda. They were very right-wing Roman Catholics. The leader of the Labor Party before Whitlam was also a Roman Catholic, but he rejected this brand of extremist politics.

Once elected in December 1972 Whitlam set about introducing Australia into the modern world. The imperial system of knights and dames was abolished and replaced by the Order of Australia. The White Australia Policy was put into the rubbish bin. The Australian Schools Commission was established to try to bring our whole education system to the level demanded by the times, with great emphasis upon establishing social equality. University fees were abolished. ‘Advance Australia Fair’ became the national anthem, to screams of terror from the ‘born to rule’ and the lunatic ‘reds under the beds’ discourse was ameliorated by Whitlam’s recognition of the Peoples’ Republic of China. A universal health care system was established, also to howls of horror from the doctor lobby.

Whitlam dared to assert the national independence of Australia. The soldiers were withdrawn from Vietnam, conscription was ended. The cheeky fellow was also considering taking steps against the American spy base at Pine Gap. The American Embassy was in a state of panic and in 1973 Marshall Green was appointed American Ambassador to Australia by President Nixon. He had just happened to be appointed Ambassador to Indonesia shortly before the massacre of 500,000 leftists in the purge of 1965.

In an unprecedented method of dealing with the refusal of supply to the Whitlam government by the Senate, Governor General Kerr dismissed the Prime Minister on 11 November 1975. This date will indeed live in infamy. It was a coup, our first coup since the ‘born to rule’ John Macarthur overthrew Governor Bligh. Whitlam later commented that he did not resist this dismissal as he could not be sure of the loyalty of the armed forces. He did not want to bring about chaos. A CIA operative was later jailed for revealing that the CIA had been involved in this dismissal and a film was made about it, “The Falcon and the Snowman.”

All of us who love democracy, hate racism and imperialism and want to build a multicultural Australia will always remember him. He was not a saint but he was better than any politician who has come after him. When we look at the present crop we can but weep. 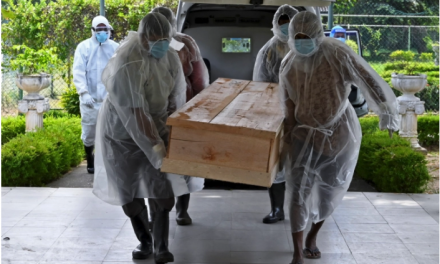