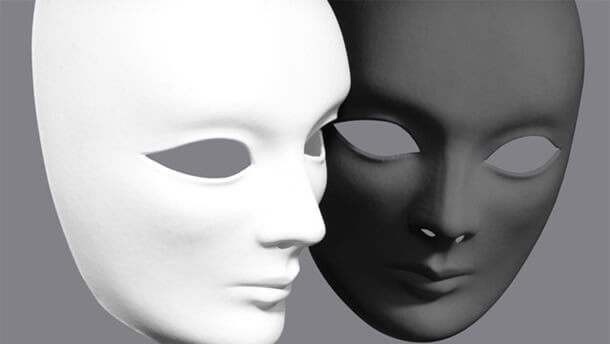 The factors determine how we express our online identity and how close is it to the offline one?  Personal identity is dependent on socio-cultural components and how one chooses to express themselves. These components include appearance, age, gender, job, economic status, politics, moral values, education, personality, family, friends and passions. We are shaped by culture and beliefs of how we are perceived by others and ourselves. Identity is a combination of our innate and natural thoughts as well as the social construction by society. Our Identity has different facets, a front-stage and backstage. The front-stage is the identity we project to those around us, and is altered accordingly to how we want the other person to perceive us and the backstage is who we are when we are not in the presence of others. What we present on the front-stage is based upon the backstage, that our true identity is manipulated to suit the people we interact with to form a multiple identity and therefore our identity generally speaking is sourced upon the different facets we project. Identity is a complex, fluid and ever-evolving component to human beings, it is not fixed nor stable.

The Internet has become so relevant and resourceful that the term cyberspace was coined in the early 80s in order to understand the ‘reality’ of the world behind the Internet, an illustrative representation of data. This is to say, that human beings have become so involved with cyberspace, that it encourages this need to create alternate online identities, even multiple identities. In cyberspace, there are a variety of claims created about the type of identity one may hold. These certain claims give a sense of anonymity when interacting online, upon expressing personal opinions and beliefs.

Sherry Turkle wrote Cyberspace and Identity, where it was suggested that we use a multi-distributed system when online, where we are engaged in email, chat windows and networking sites all at one time. Multiple identities give the freedom of a consequence-free distributed version of how one can present themselves. These online identities can be an expansion of a person’s real identity or a completely different identity. The former point alludes to the fact that we can present a better version of ourselves through intelligence, morality, wit and charm. The latter point is so simple and easy to do because offline signifiers such as gender, age, skin colour are not obvious online and therefore can be fabricated. Factors that determine online personality depend upon offline personality (social restrictions), others that you interact with online and offline (strangers/friends and family), desires and expressive freedom.

The fact that an online conversation is relatively not constrained by time makes it incredibly different to a real life conversation. Time is ample when looking to create a response or suggest an idea. Also, the fact that the magnitude of the online audience was significantly higher I felt that I was able to express myself without directing it at anyone in particular. This would be attributed to the concept of the distance between me and my audience. In the real world, most of our conversation is with a limited offline audience (unless I just randomly stand on a soap box and yell out my views), and if the topic were not relevant, I would be seen as strange for just randomly giving an opinion on a topic. Shirky who wrote Here Comes Everybody: The Power of Organizing without Organizations, reflects on this point as well, that there is a different between communication media and broadcast media, saying that the distinction was a function of technology rather than a deep truth about human nature. Communication Media was like a tube, the message being directed to a particular person whilst Broadcast Media was like amplifying a one-way message from one person to a number of receivers.

As previously mentioned, a person can have multiple identities. Facebook gives its users the ability to see their own identity, summarized in profile information, photos and expressed through status updates and notes. The ability to see your own summarized version of yourself through: interests, likes, dislikes, academic level, political views etc is put onto a platform to be evaluated. The way in which others evaluate our online identity is based upon how others also evaluate. Essentially Facebook users want to look good, they want a positive summary upon their identity, so that they are more liked. They would fine tune, a careful construction of the positive qualities of their identity, to self-present in a appropriate manner.

Cheung, who wrote Identity Construction and Self-Presentation on Personal Homepages: Emancipatory Potentials And Reality Constraints, mentioned that we require thought and use caution when constructing our online identities. Before we post a status or choose to openly interact with others on Facebook, there is some degree of thought put into it, because essentially we know that we are going to be evaluated.

Facebook is operated in the paradigm of (dis)approval. Our ability to alter the information about ourselves (photos, comments, profile information) responds to a sense of need for validation from friends. It is easy to manipulate profile information to give others the illusion of being someone else.

Having a lot of personal information on Facebook gives others the opportunity to get to know each other better which constructs the way in which users socially network. Our Online Identities can be commented on, judged and be the subject of discussion between those we interact with, just as our offline identity can be.

Which identity is deserving to spend more time to groom: online or offline? Rejection of offline groomed identity is more intense but not as widespread as the rejection online. We groom the identity that is more valued, most time spent on shaping.  We are able to cycle through different versions of ourselves as we change from online to offline. Online identities have no sense of time constraints, providing research and response times before communicating again with others. You are essentially judged upon how you prefer to structure your online persona. 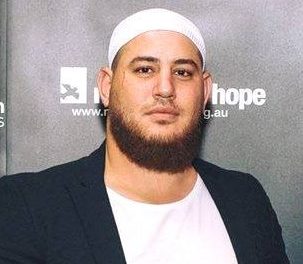