On Thursday 18th September 2014, I attended an interfaith event in Melbourne that was advertised as follows:

“A Christian-Muslim Discussion. Is Muhammad (s) the Prophet in the Bible?” Venue: Melbourne City Conference Centre.

The speakers were from two faith traditions, Christian and Muslim. The purpose of the discussion was to demonstrate whether or not Muhammad was a Prophet by appealing to the authority of the Bible. The Christian speaker tried to show by quoting verses directly from the Old and the New Testaments that Muhammad was not a prophet. The Muslim speaker, on the other hand, tried to show that Muhammad was a genuine prophet according to criteria to be found in the Bible. By reflecting on the way these two speakers interacted with each other, I would like to suggest another approach that may open greater possibilities for understanding the particular character of each faith tradition. I will begin by providing a glimpse of the method that was adopted in this discussion.

The Muslim speaker’s arguments were as follows:

Jesus never called himself God. Therefore Jesus is only a prophet.

Jesus told those who called him “Lord, Lord” (Matt. 7. 21-23) that he did not know them. In other words, Jesus did not allow himself to be called Lord. This means that Jesus refused to be considered divine because he was a prophet.

St John’s Gospel uses the pronoun “he” for the Spirit of Truth, thereby referring to the person of the Prophet Muhammad.

The letter of St John provides a criterion by which to discern a true prophet from a false one (1 John 4. 1-3). Since the Qur’an fulfils this criterion by acclaiming Jesus, the Qur’an must be true.

Jesus did not consider himself divine because he said, “Why do you call me good? No one is good but God alone (Mark 10. 18).” Hence, Jesus was only a prophet.

These are only some of the arguments brought forward by the Muslim speaker.

The Christian speaker’s arguments were as follows:

There are several incidents in the Gospel where Jesus is worshipped.

When the reference to the lost sheep of the House of Israel is seen in the light of the whole Gospel, it becomes clear that Jesus’ teaching was also universal. The Gospel of Matthew, for example, ends with Jesus telling his disciples to go and teach all nations (cf. Mat. 28. 19-20). The Christian speaker had many other arguments as well.

The discussion could have gone on, back and forth, for much longer. Each speaker was trying to defend his own position and negate the statements of the other. I came away from the discussion feeling that it was rather futile because there was nothing to be gained from insisting on one’s own beliefs and practices without being willing to enter into the faith perspective of the other. What was to be gained from trying to prove that Muhammad was or was not a prophet according to the Bible? Would the existence of such a proof affect the lives or the faith of Muslims and Christians? Besides, for every argument there was a counter argument. Neither party in this discussion showed any willingness to modify his opinion by learning something from the faith tradition of the other. Each party was only seeking to establish the superiority of their own tradition over and above that of the other. Is this the purpose of interfaith dialogue?

The approach adopted in this discussion reminded me of the exclusivist approach of the theology of religions, which considers the beliefs and practices of another faith tradition as material for analysis simply from one’s own point of view. At best, those who adopt this approach to interfaith dialogue listen to the views of the other party as one would listen to information without expecting that the knowledge gained from the exchange would be of much significance for oneself. It is to listen in a disengaged way. Yet even scientists, historians and philologists become personally involved in the process of research and are willing to allow the results of their research to modify their own previous understanding of the subject matter. Why should the study of religions be any different?

Many would argue that the purpose of interfaith dialogue is to obtain greater understanding and appreciation of another faith tradition. They would say that mutual understanding would, hopefully, foster peace in the world. But it is not factual knowledge or information alone that leads to peace. Such information can also provoke tension. For example, the assertion by both Muslims and Christians that their own religious tradition is the final and perfect expression of truth may open up a wider gap between these two communities and lead to tension or even conflict. One’s response to knowledge or information about another faith tradition is the key that will determine whether or not interfaith dialogue or discussions about religion will contribute to peace and harmony in the world.

Those engaged in the “Christian-Muslim Discussion” I attended in Melbourne recently considered each other as potential rivals. An alternative response would be to allow the faith tradition of the other side to enrich one’s own religious experience. In this case, the goal of the discussion would be to enable the other faith tradition to deepen one’s own religious self-understanding. In such an interfaith discussion, the participants would attempt to see the subject matter from the point of view of the other. They would be prepared to accept that even the same word (e.g. prophet) can be used differently in each faith tradition. They would not be threatened by the different meanings given to the same word.

Participants in the interfaith discussion I attended last month did not take note of the different way Muslims and Christians understand the nature of a prophet. But each separate faith tradition can be understood correctly only by respecting its unique and specific history and character. The quality of the discussion would have improved greatly if each of the speakers had openly acknowledged the presuppositions that each of them brought to the discussion. Instead of inquiring into the meaning and reasons for the way each faith tradition understands the nature of a prophet, for example, the speakers became locked in a defensive position about two quite different ways of understanding the concept of prophet. 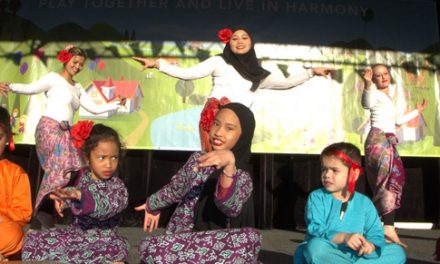