“I have said it once and I will say it again: Western Muslims will in the future assume a critical role. Educated and living in free societies, they must acquire greater knowledge of their religion and become free, active and outspoken citizens, fully aware of their duties and dedicated to the defense of their rights. In the United States, just as in Canada and in Europe, they must defend everyone’s human dignity, and refuse to keep silent in the face of intimidation by the state. Drawing on their spirituality and their values, their commitment will be their finest contribution, the best possible example of the contribution of Muslim citizens to the future of the West. The leaders of the previous generation are too cautious, too fearful; they dare not speak freely.”

This statement by Tariq Ramadan, one of the leading thinkers in Muslim affairs, rings true. It reflects the angst of the militant youth who appeared on 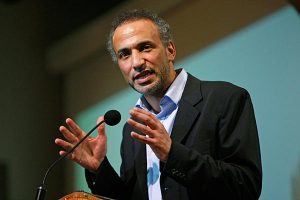 the SBS Program “Insight” 14 August 2014, who said that  the leadership of the Australian Muslim community is tainted by accommodation with the federal government and  a generally hostile Australian  community.  But it is the first part of this statement that  is the most significant.  “Western Muslims will in the future assume a critical role…….., they must defend everyone’s human dignity, and refuse to keep silent in the face of intimidation by the state.”  That is why it is so important to dissuade young enthusiastic Muslims from falling into the trap of extremism, leading to criminality, and removing them from any possible future leadership role in the mainstream community, either the Muslim or broad Australian community.

Indeed it has been often raised that some youngsters have been enabled to travel to centres of conflict as a means of ridding the country of militants and future Muslim leaders. Saudi authorities have frequently been accused of allowing extremists to travel to centres of conflict, like Yemen, Syria or Iraq, to ensure they do not create trouble at home, hoping they will not return. Inshallah this is not a policy being followed in Australia, but we must be vigilant to see that it does not become one.

Muslims, mainly young men, incensed by the injustices being dealt to Muslim majority countries, want to undertake some action to help the oppressed. Those who come from the area of Syria and Iraq feel the most concerned, as is to be expected, but the horrors of Gaza, Syria and the disgusting sectarianism of the Maliki Government in Baghdad also attract the attention of Muslims from all over the world.  The question is not whether these people should be assisted, but rather how they might be assisted.

Many in the young generation of Muslims are not well educated in mainstream Islam, although many are of course being served by good quality Islamic schools. They are also ill-informed of political matters and recent Islamic history. It is difficult for the young enthusiast to distinguish truth from falsehood. There is a dangerous tendency for young people, ill-informed of the full breadth of Islam, to seek answers from Sheikh Google or social media sourced from extremists pushing particular wheelbarrows.  Those with the best website or the most stunning videos may not be the on the path of Islam. What they are told is struggle on the path of Allah, may in fact be struggle to advantage this or that regime in the Middle East, or even a particular corporation.  Expressed hatred for “Western democracy” could in fact be opposition to shura in government to protect a particular family or religious establishment.

It is imperative that the enthusiasm for Islam in our coming generation, the generation which inshallah will provide our Muslim community with leadership, is not led into avenues which will cut them off from future contribution.

There have been many cases of agent provocateurs trying to push ill-informed young people into crazy activities in several Western countries, including our own. Extremists also latch onto young people with family trauma, with psychological problems and who are seeking answers to the major questions we are all dealing with. A cursory reading of Australian terror trials reveals that the easily led and the mentally disturbed are ready fodder for both types of exploiter.

The leadership of the Muslim community, in Islamic Societies, mosques and schools has a major responsibility to help prevent the exploitation and the spoiling of the coming generation of young, enthusiastic Muslims.

The best antidote to extremism is the actual teachings of Islam. The best protection from agent provocateurs is knowledge of sunnah and its observance. 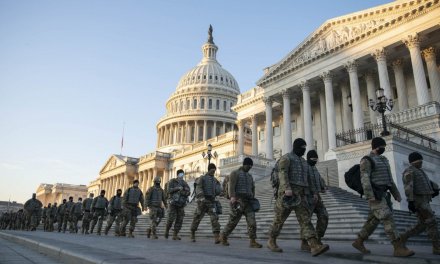