Mencari Keredhaan Allah dan Rasul (MEKAR) means to Seek the Blessings of Allah and Rasul, a program which was initiated in 2013 by the Malaysian Youth Student Association. The program was the brainchild of the MEKAR president at the time, Ridzuwan Zaz Wandy, who wanted Malaysian Students Organisations to incorporate Islamic values and teaching in their programmes

The main objective of MEKAR is to nurture Islamic values and teachings towards the Malaysian Community here in Australia with hopes that, through this program, the participants are able to realise the importance of being true Muslims and the role they play in the society as a whole.

In 2013, for the first time, MEKAR was successfully held in Melbourne and Sydney which attracted around 500 participants. With the great turnout and from the feedbacks gathered, it is decided that MEKAR should be an annual event for the Malaysian community. This year, another organising committee has been formed, led by Arif Fitri, bringing MEKAR 2014 bigger and better where the tour will be expanded to two more cities, Perth and Brisbane.

This year, with the theme being Purification of the Heart, MEKAR is expecting to gather more than 1,000 participants. In order to achieve this, MEKAR is bringing several prominent figure from Malaysia, hosts of a television programs, Ustaz Ahmad Husni and Ustaz Syed Abdul KadirAljoofre, popular writer and many other host of various radio and television programs, Ustazah Fatimah Syarha and renowned former performer and celebrity Ummi Nazera. With various activities planned. It is hoped MEKAR 2014 will be a successful event and bring benefits to the Malaysian community here in Australia. 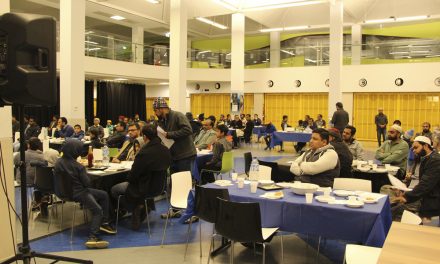