The immediacy and reach of social media can be empowering, but when it’s used purely for harassment the flaws of the system are revealed, as too many have recently discovered, writes Sarah Malik.

There’s a reason why it’s advised to avoid religion and politics in polite company. Add self-appointed punditry and social media to the fusion and you have a recipe for immediate combustion.

Get together with any group of friends and you will hear war stories on friendships strained and out-of-control online debates that veer into a blood sport.

A recent piece in the New York Times suggested 69 per cent of social media users have witnessed digital cruelty. Moderators at the The Guardian recently considered whether online anonymity should be an option rather than the default position in commentary after noting an eruption of particularly vile contributions around controversial topics, like gender issues.

Barely a week goes by without a Twitter controversy that wrecks careers and even destroy lives, from the hilarious to the tragic. Who could forget the tragi-comedy that was Weiner-gate and most recently Botham-gate that forced spluttering explanations on why public Twitter accounts had been plastered with mysterious genitalia, the former that derailed a promising political career.

Most recently Robin Williams’ daughter was forced to quit Twitter after trolls hounded her online, and earlier this year the suicide of TV personality Charlotte Dawson shocked Australia amid reports of Twitter bullying. Disturbingly women seem to be the most common target of these attacks.

The swift brutality of internet campaigns can also claim high profile scalps, with Sydney Morning Herald columnist Mike Carlton earlier this month quitting after coming under fire when he snapped responding to unprecedented internet trolling after writing a searing piece on the carnage in Gaza.

Alan Moran from the right-wing think tank, Institute of Public Affairs (IPA) was reportedly given the sack after allegedly tweeting “Is there ever anything but evil coming from Islam?”

Perhaps a little more strident than the IPA’s usual fare.

The online world has become inescapably woven into our social experiences and the way we process events in the 24-hour news age. For the punter unsure how to deal with it all, there have spouted a corresponding multitude of pieces advising on navigating social media and argument in the internet age from losing friends on Facebook over political differences, to dealing with online trolls, and cautionary warnings on the end of the columnist golden age.

#firstworldproblem, right? The immediacy of the internet means no more filters between your own thoughts and the world, or you and the object of your disdain.

The lack of filters is not an entirely negative. In the case of public figures, tweeting, Facebook, live radio and TV blunders can provide a delicious insight into a personality outside a perfectly crafted PR image. When it comes to the crazy and entertaining, you don’t get better than Clive Palmer, in hot water over his most recent bizarre outburst labelling the Chinese “mongrels” on ABC talk show Q&A. It follows Palmer United party cohort Jacqui Lambie, who seems to have taken a leaf from the Clive book of inappropriate comments, with her oversharing of her partner preferences on radio.

I can’t help but feel this is almost a flip side of a timid age where public figures and even private individuals unleash after being constrained in a world of tightly scripted image building and the niceties forced in IRL (internet speak for “in real life”) encounters.

But does the free-for-all have any limits?

Criticism is healthy. A hilarious send-up or a spot on critique furthers and enhances debate, provides room for growth and the contestation and banter of wits. Social media and blogging spaces in particular are powerful ways for minority communities to create counter communities against oppressive dominant discourses and empowering spaces for voices not traditionally heard.

You can see this with the creation of Facebook groups like A Man’s hijab, an internal send-up of gender double standards and the Lakemba mannequin man, lampooning a bizarre article in the Daily Telegraph trading on tired stereotypes of the Muslim community and Lakemba, in Sydney’s south-west.

But it’s when commentary get vicious, repetitive and personal, with smear attacks masquerading as “critiques” veering on harassment that it seems to go beyond making a point once. The freedom of speech to make a critique should not assume the critique needs to be accepted or responded to and its aim shouldn’t be the trashing and destruction of the person who is the subject of the critique.

This seems to be attack on the right of free speech itself. Those privileged in this give and take don’t seem to be the minority voices, but the loudest bullies.

If going cold turkey online doesn’t appeal, perhaps the most apt advice comes from the unlikely Taylor Swift and her latest hit, “Haters gonna hate. You just gotta shake it off”.

If that fails, consider taking the disturbances as a perverse compliment, in the style of Oscar Wilde who embraced controversy with the droll riposte: “There is only one thing in life worse than being talked about, and that is not being talked about.” 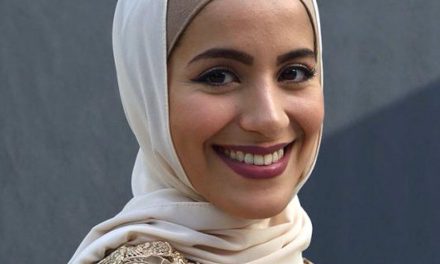