Book Review: “You will know the truth & the truth will set you free” You Will Know The Truth & The Truth Will Set You Free: A Bible Research Study in the Light of the Holy Qur’an is a new book on comparative religion written by Zainab which includes an exploration of the historical Jesus (as), a thorough investigation of the alleged crucifixion of Jesus (as) and an analysis of the Bible as the Word of God. The author also shares her personal experiences in engaging with Christians and examines Christian proofs for Jesus’ divinity, while presenting her personal findings on obscure issues in the Bible including the identity of the ‘Holy Spirit’. This book also presents unique and compelling proofs of the prophet-hood of Prophet Muhammad (s) and Islam from the Bible.

Each chapter in this book is presented in the light of the Holy Qur’an. All personal research with additional scholarly and other historical sources is also shared. The title of the book You Will Know The Truth & The Truth Will Set You Free is a famous saying of Jesus (as) recorded in the Bible in the Gospel of John.

This book is the end result of the author’s five years of research and study on the Bible and Qur’an, which initiated from an interfaith dialogue with her Christian work colleague. This interfaith dialogue cascaded to her personal journey into the world of Christianity through the in-depth research into the origins of Christianity, the historical development of the Bible, and also led to the author having many experiences in engaging in dialogue with Bible-believing Christians and visiting Churches.

Upon the request of Zainab’s Christian colleague, she bought her first Bible—The New International Version from a Christian book stall at the Multicultural Eid Festival & Fair (MEFF) in 2008. She then read the whole New Testament over a period of time and found that the Jesus (as) she was familiar with from the Qur’an (and his message), was still present in the Bible today. Zainab compiled many documents for her Christian colleague, detailing her findings from the Bible in comparison to the Qur’an. These analyses have been incorporated in this book.

Through her research, Zainab shows how Jesus (as) represents the bridge between Judaism, Christianity and Islam, where Islam being the middle way, acknowledges Jesus (as) as a beloved Prophet and Servant of God; however, Judaism rejects Jesus (as) as such and at the other end of the spectrum, Christianity exalts him to divinity. The author presents historical and Scriptural evidence to prove that Jesus (as) is not God and never claimed to be. There is one decisive quote of Jesus (as) recorded in the Bible which the author shares in her book that substantiates the above conclusion, in turn negating his alleged divinity:

Jesus said to her ‘Mary!’ She turned and said to him in Hebrew, ‘Rabbouni (which means Teacher). Jesus said to her, ‘Do not hold on to me, because I have not yet ascended to the Father. But go to my brothers and say to them, “I am ascending to my Father, and your Father,

TO MY GOD AND YOUR GOD.”

This book is for dawah purposes and can also be beneficial and enlightening for anyone interested in comparative religion studies. This book is available online at Lulu.com (with a full colour E-book option), at Dymocks Bookstore-Rouse Hill and also from Bukhari House Islamic Bookstore-Auburn.

Zainab is currently completing her Masters in Islamic Studies from Charles Sturt University and she has also recently completed writing her second book (a sequel to her first), titled Unveiling the Truth of Islam: A Comparative Study of the Bible & Holy Qur’an. This book will be released later this year.

(s) : Sallalaho Alaihi Wassallam: Peace and blessing of Allah be on him.

(as): Alaihis Salam : Peace be upon him.

Zainab (centre) at Dymocks Book Shop for her book launch 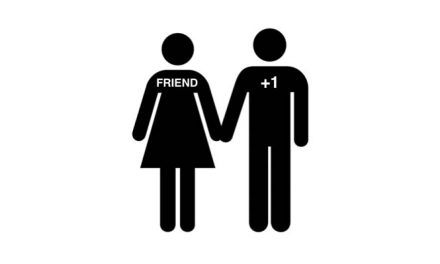