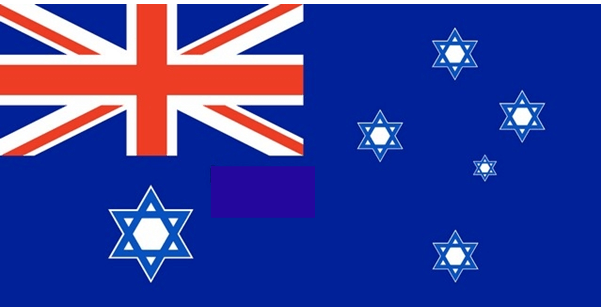 The US and Israel have ‘outed’ in recent weeks confirming their true nature – states that bully nations and disrespect international law and the UN.

With Israel’s massacre of 60 Palestinians on the Gaza border, the Palestinian Authority urged the International Criminal Court to investigate Israel’s “grave crimes,” as well as its illegal settlements.

Shockingly, Australia jettisoned its cherished value of ‘a fair go’ for the disadvantaged.  It was the only country with the US rejecting a UN Human Rights Council resolution to investigate.

Trump seems intent on destroying any agreement with North Korea. If the US supported peace, North and South Korea could have settled differences decades ago.

The US strategy of remaining in Afghanistan prolongs the “longest war” that could be resolved by Afghans themselves.

Iraq Invasion by the US and Australia in 2003 was illegal based on trumped-up WMD charges promoted by the Murdoch media. Mass killings by US forces of defenders of Iraq’s sovereignty need adjudication before international courts.

Australia blindly follows the US into failed campaigns such as Vietnam and Iraq, having nothing to do with defending Australia.

Malcolm Fraser, Bob Carr, and Paul Keating all spoke against our becoming a ‘client state.’ Keating highlighted that under Malcolm Turnbull and Julie Bishop “the Australia-US relationship has been ‘suborned’ … [with] a ceding of foreign policy to the US.”

Carr spoke about the influence of the Zionist lobby on the Gillard government blocking criticism of Israel’s illegal settlements. “It’s an appalling situation if Australia allows a group of [Melbourne] businessmen to veto Middle East policy.”

The US itself has its foreign policy and military programs suborned to Israel’s interests (Mearsheimer and Walt).

A similar situation exists in Australia where chairs changed between the Office of National Assessments (ONA) advising Cabinet on foreign affairs and the Lowy Institute for International Policy (LIIP) of which ASIO, Australian Defence Forces and AFP have membership.

It seems a prerequisite to becoming Australian PM to have graduated as an AIJAC-run Rambam Fellow and visit Israel. Turnbull, Abbott and Gillard are alumnis. Anthony Lowenstein commented: “Part of softening of politicians to be receptive to the most extreme [Israeli government] views on Israel and Palestine comes from those sponsored trips, coupled with weak Palestinian advocacy.”

Defending Australia’s sovereignty is being lost more from growing US-Zionist control than with Chinese commercial-political penetration.

Harnessing the ANZAC spirit not for Australia’s defence but for remote US-Israel-inspired aggressive wars is a gross abuse of sacred trust.

As the US and Israel grow as rogue countries unleashed under Trump’s leadership it will be fatal to just ‘tag along.’

We should call out when the US is on the wrong path and refuse to follow its misguided leadership.

Otherwise, Australia will suffer, not least from mental impacts to our Veterans trying to make sense of consequences from being led into the wrong battles not based on defence needs and humane values.