“Muslim women don’t all share the same story; our lives are complex and diverse, and our voices reflect this.”

These were the words of senior lecturer at the University of Sydney, Dr Ghena Krayem, to a diverse group of over 200 Muslim academics, community leaders and activists gathered at the ‘The Agency of Muslim Women in the Australian Context’ symposium held on Wednesday 21 to Thursday 22 February 2018 at Dockside, Darling Harbour, Sydney.

For the first time in Australia, the symposium brought together Muslim women from a number of different professional backgrounds and expertise. The impressive line-up of over 35 speakers conveyed their own insights, experiences and research over the two days. 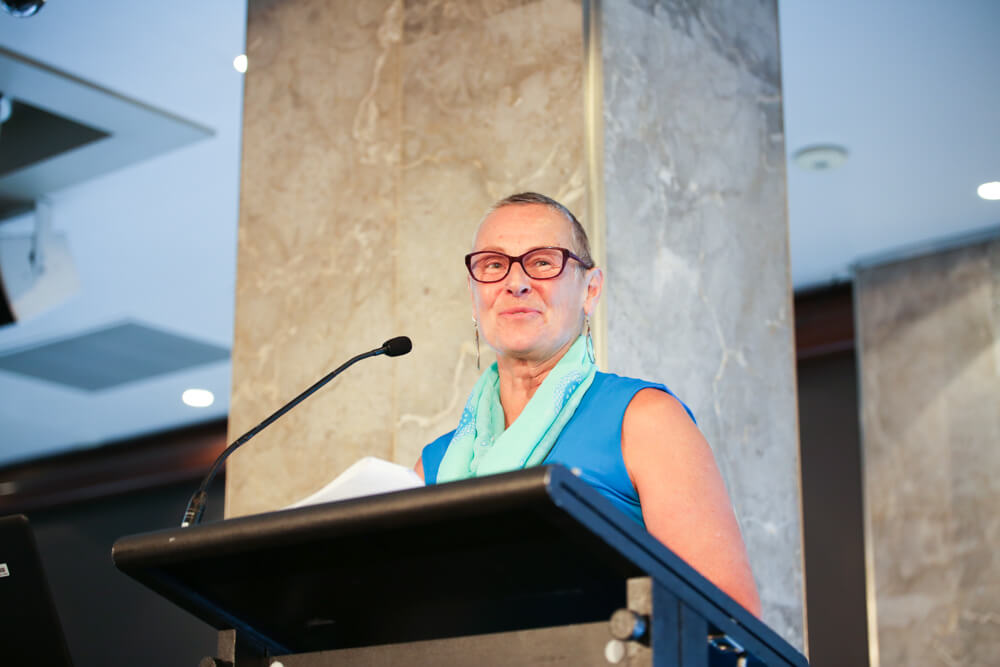 The symposium was supported by The University of Sydney Law School and the University of Melbourne Law School and included two keynote speakers, Professor Julie MacFarlane, Faculty of Law, University of Windsor, Canada and Dr Susan Carland, Monash University, Melbourne. Dr Carland showcased her research investigating the way Muslim women fight sexism within the Muslim community while Professor Macfarlane called on allowing Muslim Women’s voices to be heard in their own words.

They discussed Muslim women and agency in topics such as leadership, spirituality and scholarship, dealing with challenges and Islamophobia, representation, new spaces, family law and identity.

This event is a “demonstration of the capacity and capability of Muslim women as experts and leaders on a broad range of issues including legal, psychological, academic and spiritual matters. Muslim women are at the forefront of many of these fields,” said Dr Krayem.

The atmosphere of the symposium, with every speaker challenging the widespread misconceptions about Muslim women, was powerful. 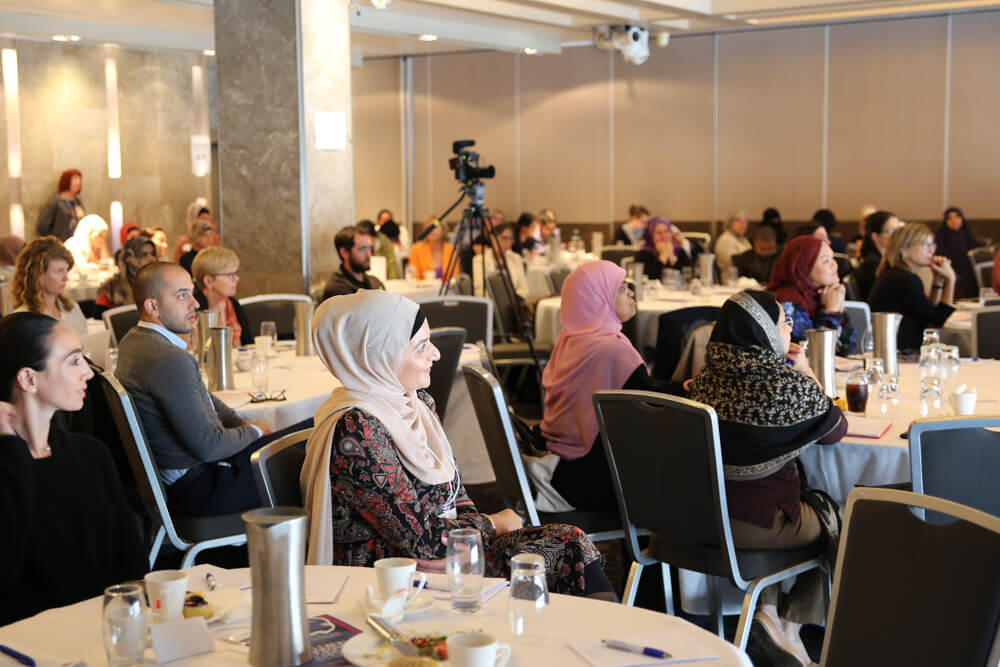 Over 200 attendees were at “The Agency of Muslim Women in the Australian Context” Symposium. 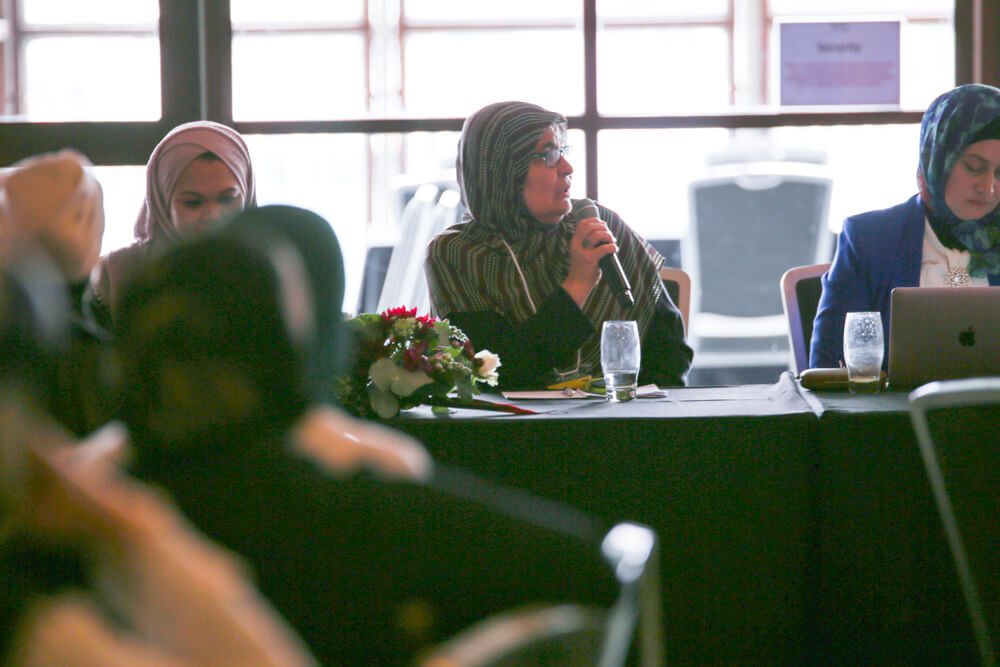 “Faith is our driver. It is through hope in our faith, that we overcome the fear that is prevalent within us and around us. We cannot let our emotions and fear take over, because we have our faith. And that is why we are here. We need to keep representing and engaging. And the key to change for us as Muslim women is to keep representing with sincerity.”

Dr Randa Abdel-Fattah from Macquarie Universit and Dr Mehal Krayem from UTS delivered their talk titled Off-Script and Indefensible: the Failure of the Moderate Muslim.

“The celebritization of the moderate Muslim becomes a perverse attempt at silencing dissenting voices and controlling the way acceptable forms of Islam are expressed and discussed. The celebrity moderate seldom speaks on their own terms, instead their very presence is a response to White anxiety. Their purpose is to assure the mainstream that the Muslim problem is under control.” 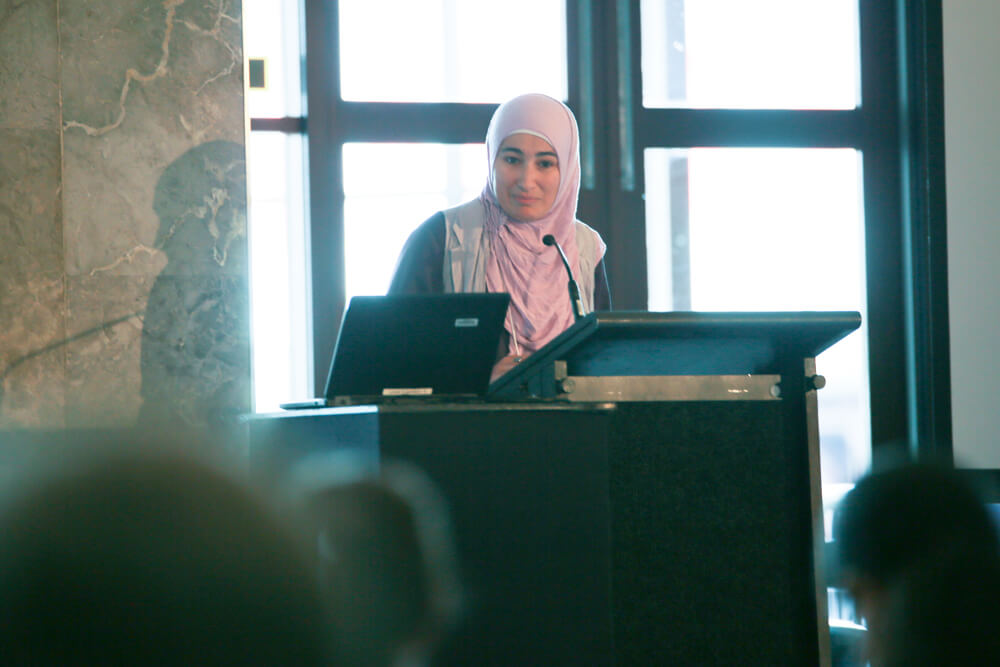 “When you have confident, empowered women whose abilities and skills are based on sound knowledge then that is when you are setting up society for success. We need to empower women to take ownership of their Islam. And inspire them to believe that they can achieve this without compromising any part of their identity.  The empowering of Muslim women to assert their Islamic identity and excel in Islamic knowledge only serves to enhance the society we live in, ” she said.

A number of speakers spoke on Muslim women as the main targets of Islamophobia and what can be done about it. Dr Nada Ibrahim from the University of South Australia spoke on her research findings on Domestic and Family Violence (DFV) and its reporting mechanisms.

The symposium had a wide variety of female speakers from different professional backgrounds, which was quite refreshing from any other conference. In her speech about the ‘Politics of Representation: Challenging the Narrow Perception of Muslim Women’, Dr Mehreen Faruqi, Greens NSW MP  said 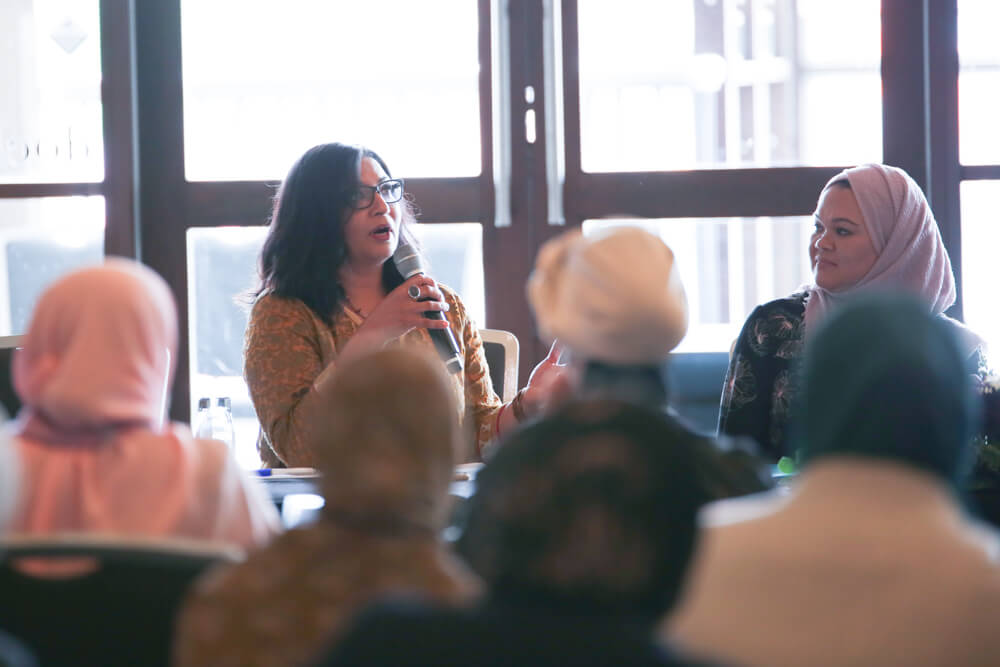 “The overarching narrative about Muslim women these days is that we have little or no agency. People want us to fit into a box of what they think a Muslim woman should be – and when you don’t, it really disrupts their narrow world view. While Muslim women are at the frontline of the public disadvantage and abuse, they remain in the background of the political responses. It’s beyond time for us to stop knocking on doors. It’s time to push the doors open and knock them down.” 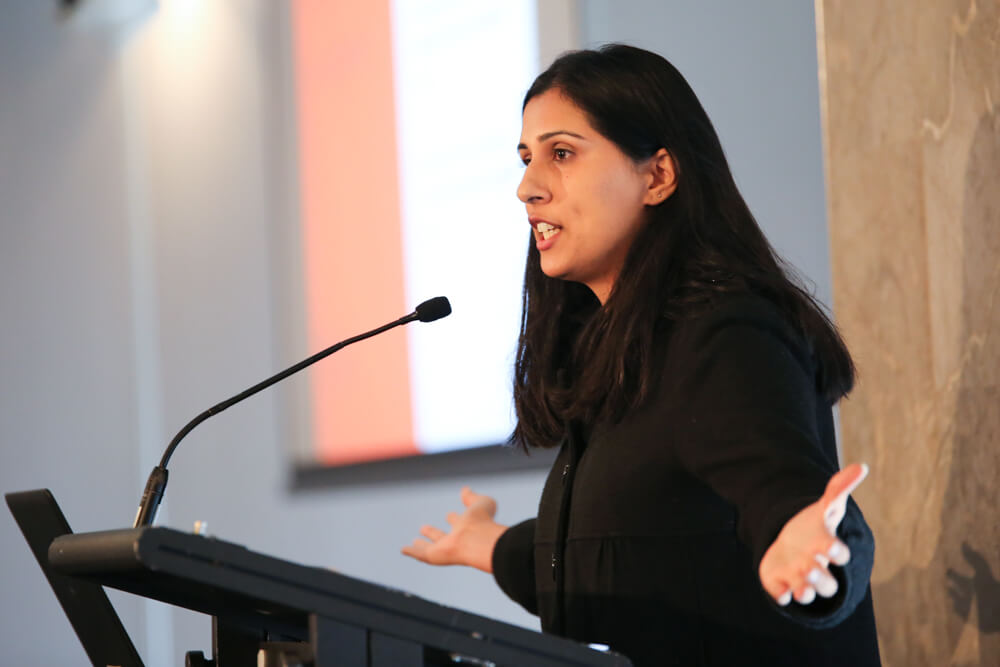 “You can’t complain about the lack of representation or the level of conversation if you’re not actively involved in creating a better one,” she said. And in a rousing speech, she implored the audience “I ask you to speak out and speak out loudly. To write, to engage, to be brave, very brave and to know I stand here with you in support and solidarity always. For all the naysayers, there’s so many quietly applauding – grateful you had the courage to vocalise what they feel and experience” said Sarah Malik, before ending with a beautiful quote by Arundhati Roy in ‘War Talk’. 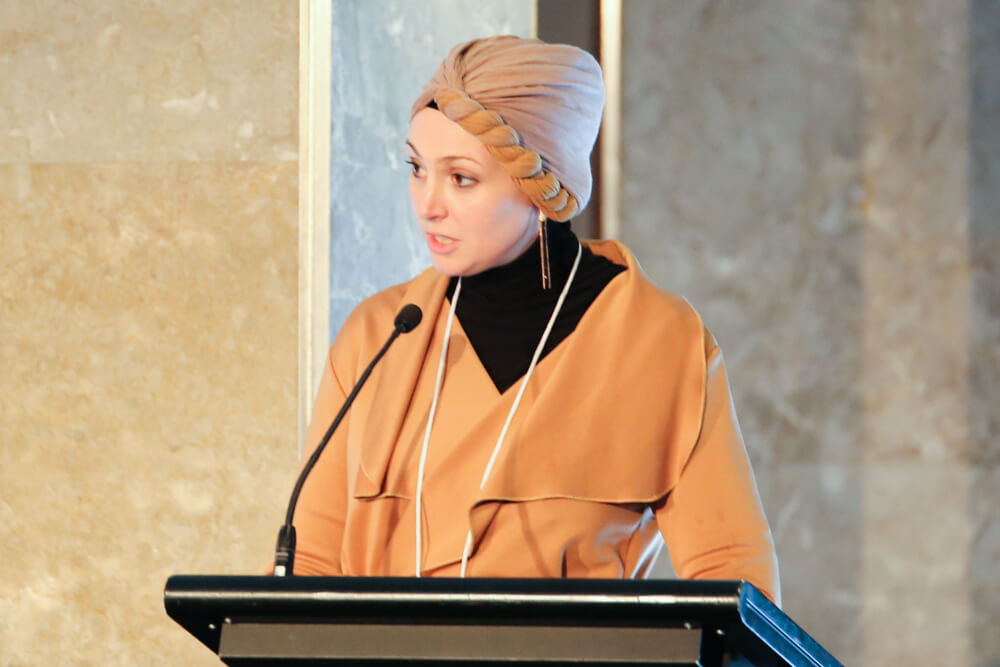 Dr Anisa Buckley on Seeking Agency in Divorce: Exploring the experiences of Born and Convert Muslim Women in Australia

Dr Anisa Buckley from Melbourne University gave a speech on Seeking Agency in Divorce: Exploring the experiences of Born and Convert Muslim Women in Australia.

“Extensive research on women in Muslim countries demonstrates women are expressing agency using their deferred mahr as a powerful means of ‘bargaining’ for divorce. However, having a large mahr is not always beneficial for women as it meant they had to engage in these bargaining methods because there was a large financial cost at stake. For the convert women in my research, a benefit of having small amounts of mahr meant that their means of securing an Islamic divorce was not hinged upon the mahr as a bargaining tool to the extent of my other participants, and the process of divorce was slightly easier.” 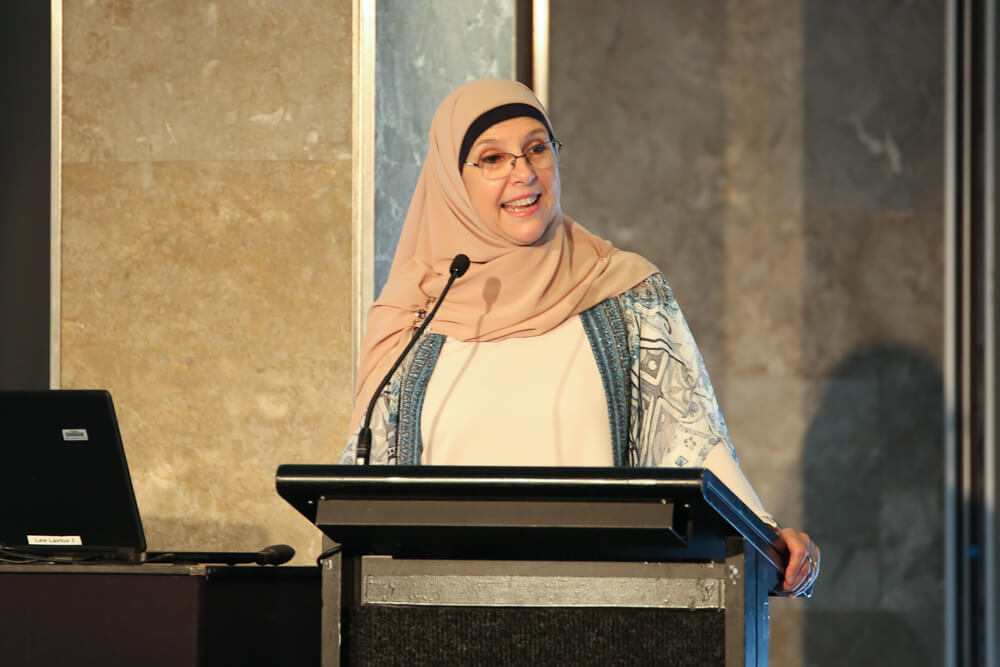 There were personal stories and experiences of living Islam in Australia by a number of speakers, many of them reverts. Silma Ihram spoke on barriers to Muslim Women’s leadership during her struggles for the empowerment of women almost for half a decade.

Dr Toni Pikos-Sallie from Perth gave a personal narrative of a revert Muslim women who at one time had to leave Australia for a few years in order to find security living as a Muslim women. 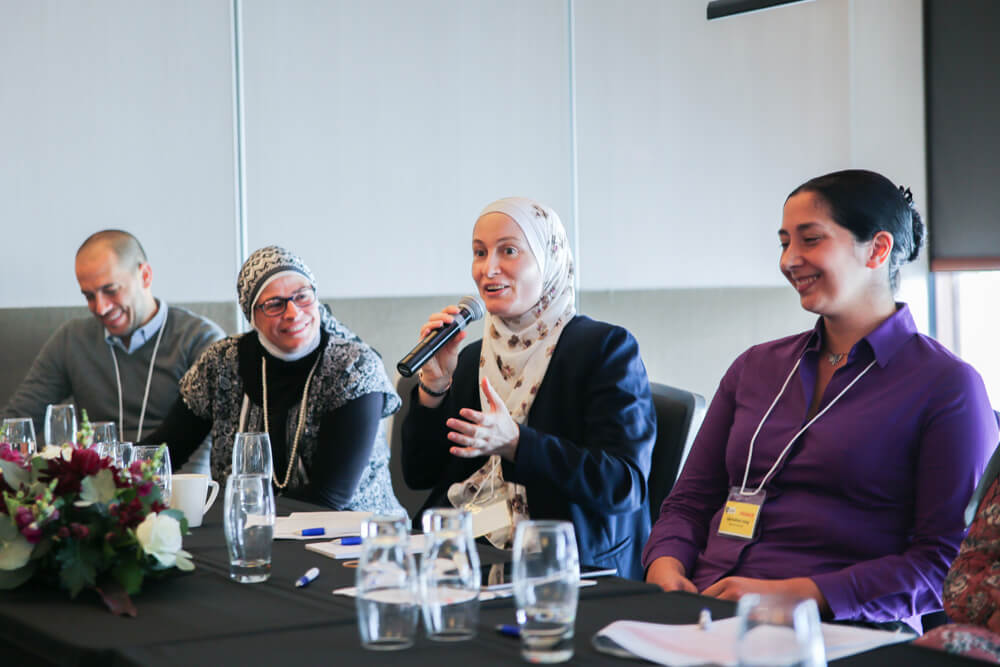 The symposium also presented an academic view on homosexuality in the Muslim community. Ms Lisa Irving, from Macquarie University was a panellist discussing Muslim women, agency and identity. She spoke about a disorderly love: Lesbian Muslim experiences of belonging, rejection and life on the spiritual fringes in Sydney.

“Muslim families and communities sometimes interpret homosexuality as a rejection of faith and cannot understand how a non-heterosexual Muslim might engage in same-sex relationships and yet remain proud of their religious identity. Although homophobia undoubtedly exists among Sydney Muslim communities, as among others as well, many same-sex attracted Muslims conceal their sexual orientation out of compassion for their families instead of fear. Stereotypes in Sydney suffocate diversity by convincing many non-Muslims and Muslims that a singular ‘Muslim community’ exists and that ‘real Muslims’ share a narrow range of beliefs, attitudes and behaviours. This erases sexual diversity,” said Irving.

It wasn’t just Australian Muslim women that were discussed, as the experiences of women in Saudi was also referenced. Ms Saffaa from the University of Sydney gave a talk on new spaces, agency and Muslim women, titled I am my own guardian: Resistance, agency and art.

“It was only when Saudi women started airing their grievances on Twitter that I fully understood how much and how many women are deeply affected and how privileged I was growing up in a family that recognized my humanity. I then made a commitment to myself to always to deploy my privileges and access to education and institutional resources to advocate for Saudi women’s rights and to encourage men and other artists and activists to join me in my protest. Since then I have been creating murals here in Sydney and in Melbourne to celebrate Saudi women’s resilience and bravery and to tell some of their stories,” she said. 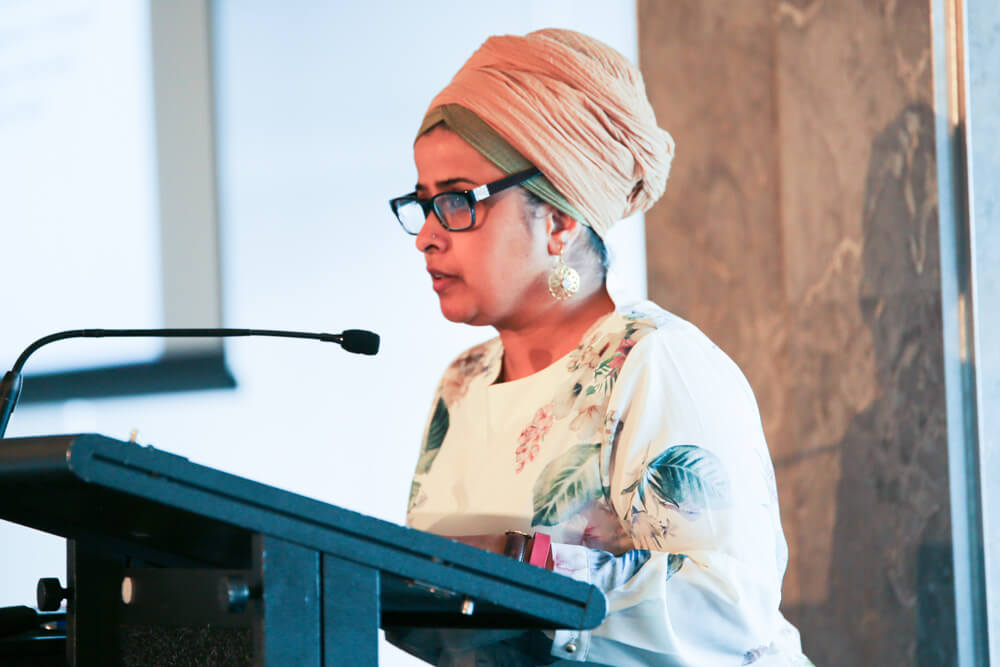 “Blanket scorn for the accusers and the investigation process only affirms the hyper masculinity still operating in certain contemporary  Muslim western circles.

Greater and equitable representation by women on governing boards is crucial, but requires greater commitment than tokenistic appointments.”

Dr Krayem poignantly explained the necessity and importance of the symposium, how there are similarities to other women, and the additional challenges that Muslim women in particular are facing.

“The simple fact of the event itself demonstrates the real agency that Muslim women exercise in their own lives. This personal agency is twofold. In common with other women, Muslim women face an ongoing struggle to create and occupy spaces within their own communities where their views and voices are heard and acknowledged. (…) For Muslim women, there is an additional challenge to their expression of empowerment. This is the perception in the broader community that Muslim women are either incapable of or not permitted to be agents of their own destiny, to have a voice that can and should be heard.” 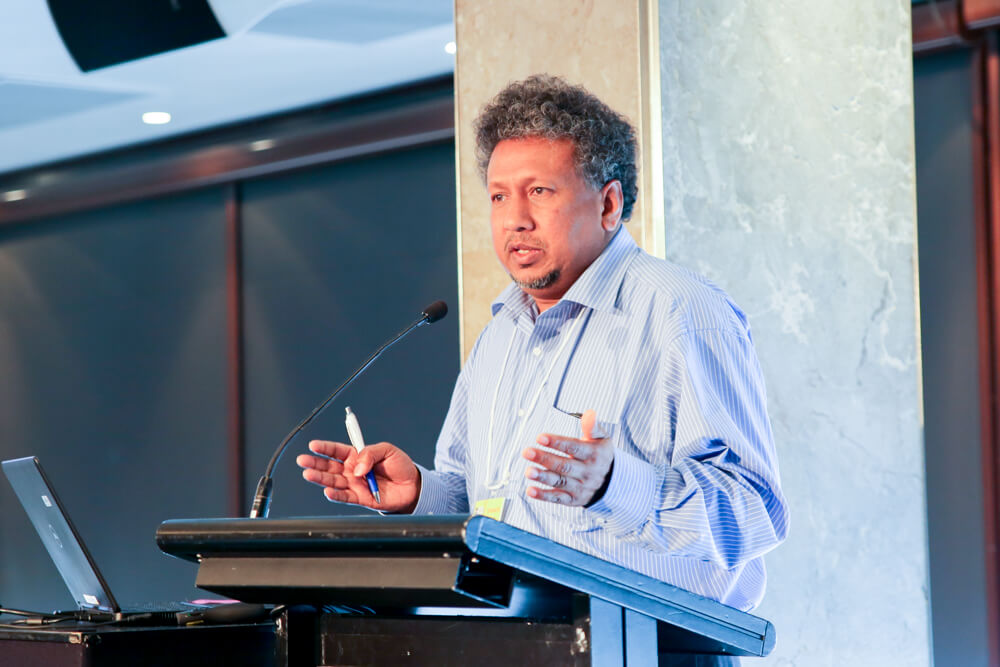 Read Ghena Krayem’s opinion article on The Guardian Opinion As Muslim women we don’t need you to speak for us, and we don’t need to be saved.

Read Dr Mehreen Faruqi on Power Muslim Women In History are Often Ignored – It’s time to remember our history-making female Muslim leaders – and to join them.

Read Sarah Malik on Why Muslim women must speak out.

Read Tasneem Chopra on The crisis of #MeToo in Muslim communities 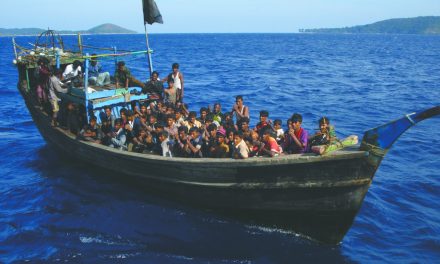 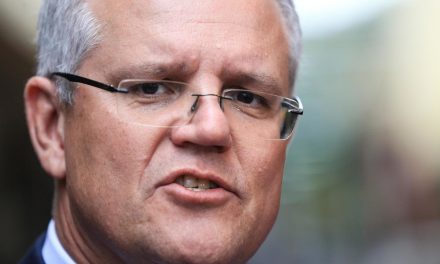